Next week Payap University will turn over 68 rai of land to the Church of Christ in Thailand (CCT).  [On the right side of the highway in the view from above.]   Waiting translation 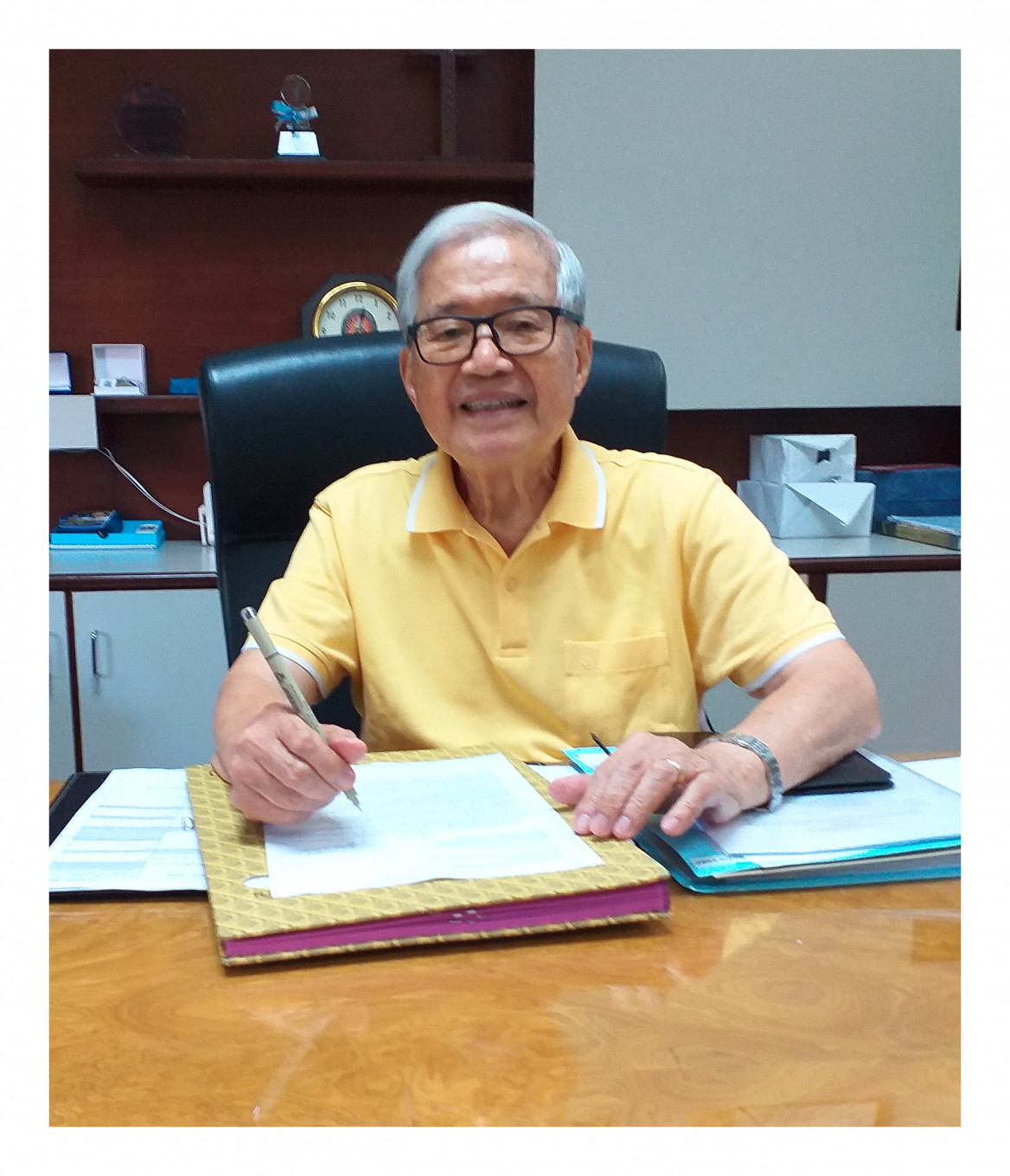 Next week Payap University will turn over 68 rai of land to the Church of Christ in Thailand (CCT).  [On the right side of the highway in the view from above.]
Let the celebration begin.  Payap University is EMERGING.  “It’s a miracle.”
These are comments being made as it was announced that Payap University is on the move toward goals of reducing debt and recovering initiative, in only two months after Dr. Amnuay Tapingkae and his interim team took over leadership of the university on August 1.
On October 7, leaders of the Church of Christ in Thailand Foundation along with some 30 other church leaders and Payap University personnel will attend the signing of  a historic memorandum of understanding that will potentially save the university and expand the ministries of the church at the same time.
“It’s a win-win situation,” Dr. Amnuay quoted the CCT’s legal negotiator as saying. [See Dr. Amnuay going over information about the deal.]
“Bear in mind that the CCT Foundation is the actual owner of all this property anyway, which was developed when Payap had prospects of being a large comprehensive university of 25 thousand students, it was thought.  Our current size is about 2500.  We are over-extended.  Now the church will get this great tract of land to use in new ways while the university will still be a partner in its use,” an adviser to the president commented.
The deal is to transfer 68 rai (about 27 acres) of a total of 200 rai of underutilized land on the east side of the university’s main campus to the CCT along with all the buildings.  They include the Faculty of Law’s “Judges” building “Leviticus” assembly hall, the Paradonparp International House, Alpha Women’s Dorm, and Omega Men’s Dorm.  In return, the CCT will compensate the university with enough money to cover its potentially devastating debt, as well as take over rehabilitation of the dorms to convert them into facilities at modern hotel standard.
The law faculty will move into rooms in the Sirindorn Learning Resource Center where the law library is already located.
This will be a major step in helping Payap, the first private university in Thailand, rebound from declining enrollment, declining infrastructure, and declining status.  Once the red ink of accumulated debts is removed, two tasks remain.  One is to balance the annual budget by reducing spending on salaries and operational costs, and increase income through expanded traditional and non-traditional programs.  Second, is to reorient the university toward current demographic realities and strengthen our unique position as the only university in our area that is truly international.  “We are a Thai University with international degree and non-degree programs,” Dr. Amnuay explains.  But we offer degree programs with instruction entirely in English which others are not doing.  “We have a competitive edge.”